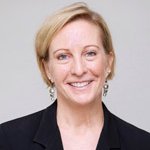 Since 2000, she has led communications for national, state and local organizations that include the Legal Services Corporation, the National Legal Aid & Defender Association, the Legal Aid Justice Center and Disability Rights Oregon.

As director of training and conventions for the National Women’s Political Caucus, Arledge built a comprehensive campaign skills program that trained more than 5,000 women candidates and campaign staffers throughout the United States between 1991 and 1996. She has also served as a strategic communications consultant to foundations and nonprofits across the country, and managed communications for a successful congressional campaign.

Arledge is a graduate of the University of North Carolina at Chapel Hill, where she studied in the School of Journalism.  She began her career as a reporter and columnist for an independent daily newspaper in her home state of North Carolina.