Skip to content
Civil legal aid providers, and related organizations, information sources and press clips from this geographical area. If you see something in your area that you think we should consider editing or adding, please contact us

National Coalition for a Civil Right to Counsel: Major developments nationwide at the state level.


Advocacy Center of Louisiana (AC) -- Since 1977, serves the elderly and disabled. Has a staff of fifty who work out of offices in New Orleans, Baton Rouge, and Lafayette, and out of field offices throughout the state.


Advocates for Children of New York -- Formed in 1969, serves New York City students from birth through age 26, focusing on students from low-income backgrounds who are struggling in school or experiencing school discrimination.


Advocates for Human Rights (Minneapolis) -- Based in Minneapolis. Since 1983, implements international human rights standards to promote civil society and reinforce the rule of law.

Organizations (not Providers) Related to This Geographic Area

Selected, incomplete list of organizations that have done something relating to civil legal aid. Listing below does not imply endorsement.


ABA Consortium on Legal Services and the Public -- Former project of the ABA.


ABA Special Committee on the Delivery of Legal Services -- ABA initiative that published a report in 1989. No longer exists.


ABA Standing Committee on the Delivery of Legal Services -- Has mandate to improve access to legal services for those of moderate incomes – those who do not qualify for legal aid yet lack the resources for full legal representation.


Alabama Access to Justice Commission (AATJ) --
Created by order of the Supreme Court of Alabama in April 2007 to coordinate among the legally underserved, the legal community, social service providers and the private and public sectors.
Link to organization

The mission of the Alabama Access to Justice Commission is to coordinate, expand and promote effective and economical civil legal services for the poor and vulnerable people of Alabama.

The American Bar Association is one of the world’s largest voluntary professional organizations, with nearly 400,000 members and more than 3,500 entities. It is committed to doing what only a national association of attorneys can do: serving our members, improving the legal profession, eliminating bias and enhancing diversity, and advancing the rule of law throughout the United States and around the world.

Founded in 1878, the ABA is committed to supporting the legal profession with practical resources for legal professionals while improving the administration of justice, accrediting law schools, establishing model ethical codes, and more. Membership is open to lawyers, law students, and others interested in the law and the legal profession.

Our national headquarters are in Chicago, and we maintain a significant office in Washington D.C.

Bill Dries
Memphis Daily News
June 22, 2015
The president of the American Bar Association says the traditional method of providing pro bono legal services in civil matters to those who can’t afford to pay for an attorney isn’t working despite best efforts.
News Story

Elizabeth Olson
New York Times (NYT)
June 29, 2015
While major law firms are enjoying record revenues — more than $100 billion last year — they are donating only a tenth of 1 percent of their proceeds for legal aid to low-income people.
News Story

For Tenants in Housing Court, Study Finds ‘Navigators’ Can Be Good Alternatives to Lawyers

Ryan Reilly
Huffington Post
March 16, 2017
If the Trump administration gets its way, the Legal Services Corporation is getting the axe.
News Story

Marcia Coyle
National Law Journal
March 16, 2017
The Legal Services Corp., created in 1974 under the signature of President Richard Nixon, is once again on the chopping block as another Republican president—Donald Trump— proposes to zero out its funding in his first budget.
News Story

Marilyn Odendahl
Indiana Lawyer
May 24, 2017
Conversely, the LSC is confident Congress would continue to allocate funding as it has for the last 42 years.
Op-Ed

Gillian Hadfield
Quartz
September 20, 2017
This is bad news for students. But it is even worse news for the rest of us.
News Story

Defending the Family: The Need for Legal Representation in Child-Welfare Proceedings

Rachel Blustain
Nation, The
January 16, 2018
More than half of Mississippi parents who walk into family court don’t have a lawyer.
News Story

Amid another call for defunding, LSC asking for an increase

Marilyn Odendahl
Indiana Lawyer
February 20, 2018
LSC leaders are confident of continued support from both sides of the aisle on Capitol Hill but the organization is asking for more money even though it may still get a funding cut in fiscal year 2018.
Editorial

Encouragement and Aspirations for the #LegalAidDefenders

Connecticut Law Tribune
March 2, 2018
Within the swirl of political activity of 2017 lay yet another attack on the Legal Services Corp., the federal agency that serves as the single largest funder of civil legal aid for low-income Americans.
News Story

A Blank Check for Legal Aid Gets Harder to Cash

Jack Karp
Law360
November 26, 2018
IOLTA programs across the country have been a major source of dollars for civil legal aid programs for decades, but anemic interest rates since the financial crash in 2008 have largely drained what was once a much deeper pond.
News Story

Michele Gorman
Law360
November 3, 2019
It’s partnerships like Chubb’s that have helped legal departments and companies establish and grow successful pro bono programs to give back to their communities through free legal representation, according to Takacs and other panelists.
Column

Patricia Barnes
Forbes
February 3, 2020
“We need new ideas,” said Martinez. “We are one-fifth into the 21st century, yet we continue to rely on 20th-century processes, procedures and regulations. We need to retain 20th-century values but advance them using 21st-century approaches that can increase access to justice.”
News Story

Brenda Sapino Jeffreys
Law.com
February 17, 2020
The American Bar Association’s House of Delegates passed a resolution to push for new approaches to the practice of law that would improve access to justice, but not before adding a disclaimer to address concerns raised by some state bar associations about outside investment in law firms.
News Story

G.M. Filisko
ABA Journal
February 1, 2015
According to But Bonnie Hough, a new national survey reveals another gap: consumers who can afford legal services but still aren't getting them.
News Story

A Call for Drastic Changes in Educating New Lawyers

Legal Help for the Poor: The View From the A.B.A.

American Bar Foundation (ABF) --
Independent nonprofit created by the ABA that conducts major research projects to advance justice and the understanding of law and its impact on society.
http://www.americanbarfoundation.org/

The American Bar Foundation’s mission is to serve the legal profession, the public, and the academy through empirical research, publications, and programs that advance justice and the understanding of law and its impact on society.

Created by the American Bar Association more than sixty years ago, and supported by annual grants from the American Bar Endowment, the ABF is an independent, non-profit organization that conducts large-scale research projects on the most pressing issues facing the legal system in the United States and the world. Research at the ABF is conducted by a residential research faculty and over 50 affiliated scholars from across the nation and the world.

The ABF is the largest recipient of grants from the Law and Social Science Program of the National Science Foundation (NSF), where the ABF has an 85% success rate in applications compared to an overall success rate of 21% in the social and economic sciences. ABF is a thought leader and a source of research that is shaping policy.

A Growing Lawyer ‘Army’ Is Banding Together to Protect Immigrants

Tania Karas
Nation, The
November 23, 2017
Immigrants with attorneys are four times more likely to be released from detention.
Feature

Caitlin Dickson
Yahoo! News
April 13, 2018
There are limited avenues for appeal and no constitutional right to a lawyer for anyone caught up in it.
News Story

Should America Give Refuge to Abused Women?

Christina Jewett, Shefali Luthra
Kaiser Health News (KHN)
June 28, 2018
Children as young as 3 are appearing in court without their parents to plead their case to stay in the country.
News Story

ICE is ordering immigrants to appear in court, but the judges aren’t expecting them

Dianne Solis
Dallas Morning News
September 16, 2018
They’d been ordered to be in court by Immigration and Customs Enforcement. But their official notices to appear on Sept. 13 were greeted by court staffers who matter-of-factly called them “fake dates.”
News Story

ICE told hundreds of immigrants to show up to court Thursday — for many, those hearings are fake

Kate Smith
CBS News
January 31, 2019
Immigration attorneys in Chicago, Miami, Texas, and Virginia told CBS News their clients or their colleagues' clients were issued a Notice to Appear (NTA) for hearings scheduled Jan. 31. The attorneys learned the dates weren't real when they called the courts to confirm.

American Legion --
Focuses on service to veterans, servicemembers and communities. Currently has about 2.4 million members in 14,000 posts worldwide.
Link to organization

The American Legion was chartered and incorporated by Congress in 1919 as a patriotic veterans organization devoted to mutual helpfulness. It is the nation’s largest wartime veterans service organization, committed to mentoring youth and sponsorship of wholesome programs in our communities, advocating patriotism and honor, promoting strong national security, and continued devotion to our fellow servicemembers and veterans.

The American Legion is a nonpartisan, not-for-profit organization with great political influence perpetuated by its grass-roots involvement in the legislation process from local districts to Capitol Hill. Legionnaires’ sense of obligation to community, state and nation drives an honest advocacy for veterans in Washington. The Legion stands behind the issues most important to the nation’s veterans community, backed by resolutions passed by volunteer leadership.

Despite progress in backlog, thousands of Florida’s veterans still wait for benefits

Cori Alonso-Yoder
Hill, The
August 8, 2018
These policies demonstrate the White House’s dwindling hesitation to increase penalties on the most vulnerable in order to advance its nativist objectives.

In Florida and on a national level, it champions the rights of unaccompanied immigrant children; advocates for survivors of trafficking and domestic violence; serves as a watchdog on immigration detention practices and policies; and speaks for immigrant groups who have particular and compelling claims to justice.

Its multicultural and multilingual staff works to build alliances between immigrant and nonimmigrant groups, including government, civic, social and faith-based communities.

Your Honor, Can I Play With That Gavel?

After being separated at the border, they began a quiet life in Miami. What’s next?

South Florida Attorneys Bring Help For Migrant Kids That Have To Face U.S. Courts On Their Own

Madeline Fox
WLRN (South Florida)
August 8, 2019
South Florida facilities for unaccompanied minors who crossed the U.S. border have loomed large in the debate over the treatment of the youngest immigrants.
Feature

Where Are the Children?

Sarah Stillman
New Yorker
April 20, 2015
This feature piece shines a light on role of civil legal aid and immigration advocates for kids and families in detention.

National Coalition for a Civil Right to Counsel: Major developments at the federal level


‘I have $4 to my name.’ An extended eviction ban isn’t enough for some struggling renters
December 28, 2020 | CNN Business | Anna Bahney | News Story


Americans were told to stay home. Black women are most at risk of losing theirs.
December 21, 2020 | The 19th | Chabeli Carrazana , Ko Bragg | Investigative 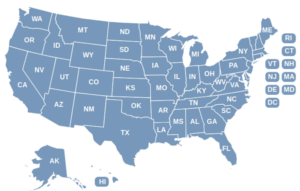 Search and filter all press clips by other facets.