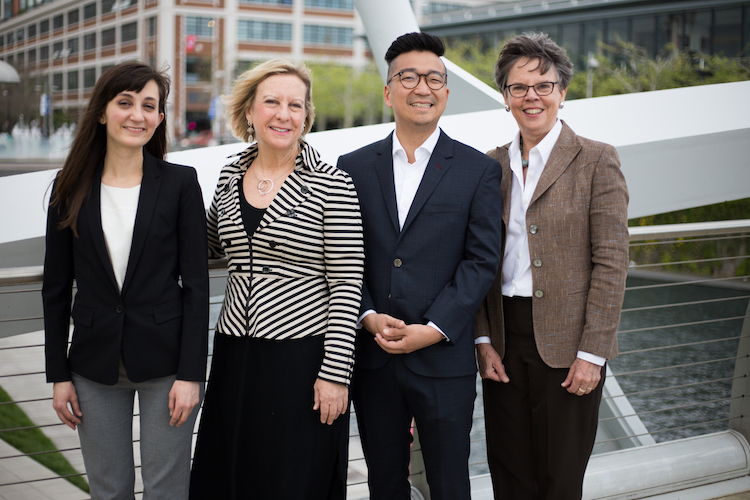 Looking for summer recommendations? Whether you’re lounging by the pool, hiking, driving, or staying inside where it’s cool, we’ve got some thought-provoking ideas for you again this vacation season.

Camille’s Pick
The podcast 99 Percent Invisible is ostensibly about the “unnoticed architecture and design that shape our world.” But the show’s stories focus on human interactions with the built world in a way that is creative and often poignant, revealing more about human ingenuity, or occasionally ignorance, than about principles of design or architectural theory.

For instance, a recent episode used “curb cuts” to explore the disability rights movement. It turns out that those little slopes in the sidewalk, which many of us take for granted as we wheel suitcases around city streets or step into an intersection, are actually the result of hard-fought victories by disability rights advocates.  Another episode, “Immobile Homes,” explored not only the history of manufactured homes in the United States, but also efforts to organize mobile home owners so they can more effectively advocate for their rights when mobile home park owners try to take advantage of them.

I am still waiting for a “civil court” episode though, where the show’s genial and curious host Roman Mars takes a hard look at what navigating a civil justice system designed for lawyers by lawyers is like for people who can’t afford to hire one. Maybe you can sell him on the idea.

Elizabeth’s Pick
As a lifelong news junkie who misses the days of printed papers, fewer television outlets, and longer news cycles, I find that just making sense of it all requires energy and discipline. A tool that I’ve found helpful is the News Co/Lab, run by the Walter Cronkite School of Journalism and Mass Communication. News Co/Lab aims to help the public find new ways of understanding and engaging with news and information.

If you’re really a media nerd, you will probably also be interested in the collection of resources that comprise Media LIT: Overcoming Information Overload–  a (now-archived) free, online media literacy course. The premise of the course is that while we rely on good journalism to provide accurate information, passive media consumption is no longer enough; we all have responsibilities in this media-saturated environment. The interviews with leading practitioners, critics and academics, and the articles, blog posts and other course materials, will introduce you to a range of intriguing ideas and approaches to make you a savvier media consumer.

Soren’s Pick
The book Masters of Disaster: The Ten Commandments of Damage Control by Bill Guttentag, Christopher Lehane, and Mark D. Fabiani is quite a mouthful to say but its recommendations and commandments are the exact opposite: concise, easy to understand, and come with specific examples.

How did a Skadden summer associate mitigate the damage from an email that contained the phrase “I’m busy doing jack shit” that he unwittingly sent to the firm’s entire legal department? Which commandment did a CEO violate that led to what a CNN anchor would later call “one of the most bizarre press conferences I’ve ever seen”?

You never know when you will be thrust into the spotlight in the Information Age with the social media mob on high alert. Learn about the basic principles of crisis communication so you’re ready when the day arrives.

Martha’s Pick
For almost five years I’ve been a career legal aid lawyer masquerading as a communications professional. By now, it’s starting to feel like real life. And it’s definitely influencing what I follow.  For example, here’s an interesting, swift (just 30 pages!) survey of ways to think about “narrative” as social justice strategy: “Toward New Gravity,” posted on the website of the new Narrative Initiative.  (Scroll down to locate the full report.)

Cognitive and social scientists teach us that mental schemas and metaphors shape how we make sense of the world. Communications strategists help us design values-based messaging campaigns to influence public opinion and policies. Visual artists, documentarians, musicians, and other creatives have out-sized influence on popular culture. This piece provides a helpful framework for appreciating the many approaches to narrative as a way to advance social change, and for distinguishing among three concepts that tend to get thrown around interchangeably:  frames, stories and narratives.